Here’s a truth about President Trump’s border wall that no Democrat will EVER admit: 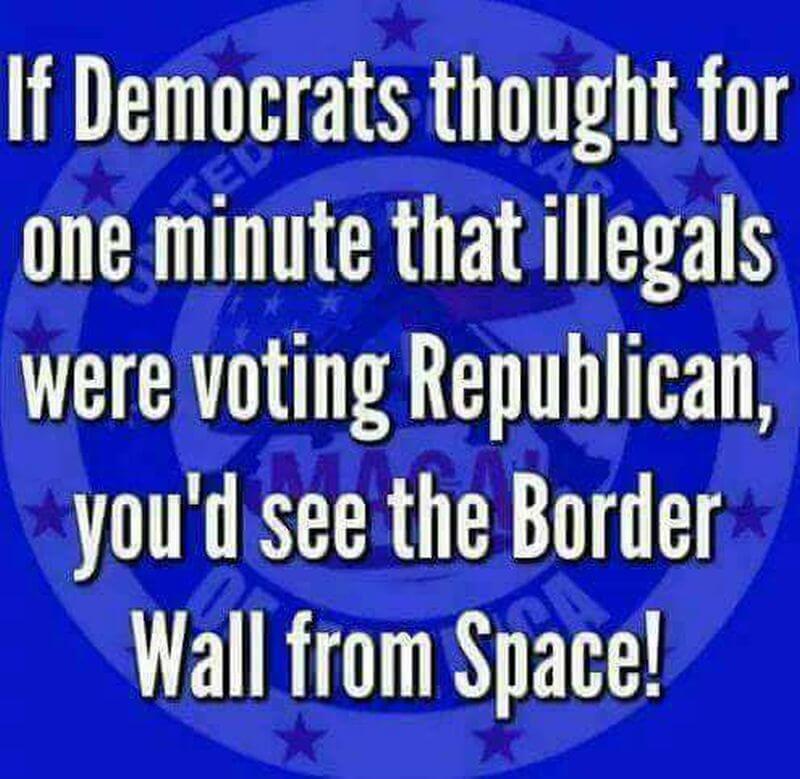 Here’s another truth about the border crisis that no Democrat would ever admit, that illegal immigration increases crime.

A Kenyan man who is in the United States illegally has been charged in the deaths of more than a dozen elderly women.

The man, Billy Chemirmir, murdered the women and then robbed them of cash, jewelry and other valuables, The Associated Press reported.

Kim Leach, a spokeswoman for the Dallas County district attorney’s office, said 46-year-old Billy Chemirmir was indicted Tuesday on six more counts of capital murder in the deaths of women ranging in age from 76 to 94.

Chemirmir, a Kenyan citizen who was living in the U.S. illegally, also is charged in nearby Collin County with two counts of attempted capital murder for similar attacks there, according to county court records.

Chemirmir has been in custody since March 2018 in the death of the 81-year-old Dallas woman, Lu Thi Harris. Police in Plano were investigating Chemirmir in connection with suspicious death and suspicious person calls at a senior apartment complex in that Dallas suburb and found evidence linking him to Harris’ death in Dallas, authorities said. Plano is in Collin County.

The break in the case came when Chemirmir forced his way into the Plano apartment of a 91-year-old woman that March, telling her to “go to bed. Don’t fight me,” according to an arrest affidavit filed in Collin County. The woman was smothered with a pillow into unconsciousness and robbed. However, paramedics revived her and she told investigators that her attacker had stolen a box containing her jewelry. Police identified Chemirmir from a license plate number and were able to find and tail him days later, when they watched him throw a jewelry box into a trash bin. They traced the box to Harris, according to the affidavit.

Plano police Chief Gregory Rushin said at the time that Chemirmir used his health care experience “to his advantage in targeting and exploiting seniors, some of the most vulnerable people in our community.”

Illegal alien charged with 11 murders in Texas – https://t.co/f926LdY4Rd
BUILD THE WALL! ENFORCE OTHER IMMIGRATION LAWS ALREADY ON THE BOOKS!

Immigration Enforcement/Security system is not in crisis?.Illegal Alien Serial Killer from Kenya 11 dead. 750 more cases of Elderly women being reviewed. Purge House and Senate. Someones Grandmother or Great Grandmother. This is what we stand for in this Country right now?