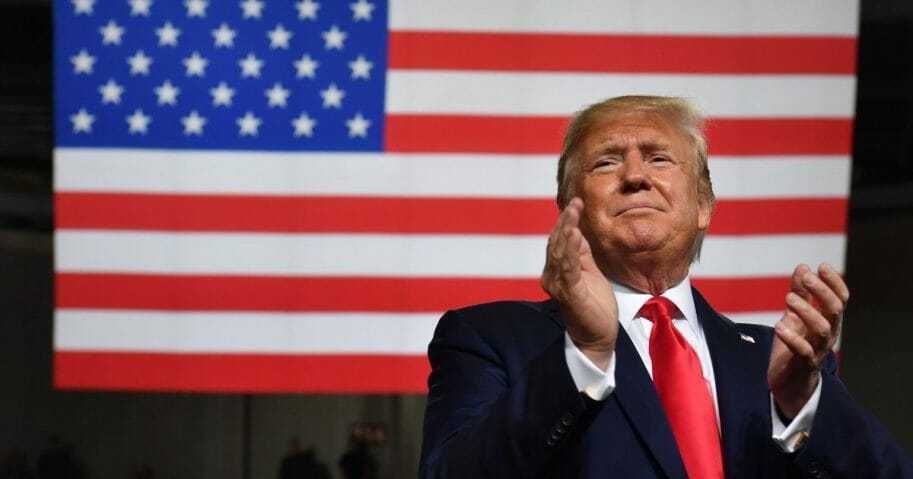 The Supreme Court gave the Trump administration a major win on Wednesday, upholding a policy that requires anyone seeking asylum to apply in a third country first.

Fox News reported that on Monday, the 9th U.S. Circuit Court of Appeals had ended a nationwide injunction against the policy but allowed it to stay in effect within its jurisdiction, which includes the border states of California and Arizona.

The Supreme Court’s 7-2 ruling is not a final decision on the merits of the case but does prevent any lower court from issuing an injunction against the policy while the litigation proceeds in the 9th Circuit and other jurisdictions.

“Once again the Executive Branch has issued a rule that seeks to upend longstanding practices regarding refugees who seek shelter from persecution,” Sotomayor and Ginsburg wrote.

Do you think this asylum policy will help stem the flow of migrants?

“Although this Nation has long kept its doors open to refugees — and although the stakes for asylum seekers could not be higher — the Government implemented its rule without first providing the public notice and inviting the public input generally required by law.”

A record number of families have sought asylum in the United States over the past year, most of whom were released into the U.S. as they await court hearings, The Washington Post reported.

According to The Post, there are more than 436,000 cases that include an asylum applicant pending.

A change in the asylum policy is one of several steps the Trump administration has taken to deter the flow of migrants seeking entry into the U.S.

There has been a dramatic decrease in illegal border crossings during the summer months.

Fox News reported that “the Border Patrol apprehended about 50,000 people at the southern border in August, a 30 percent drop in arrests from July amid summer heat and an aggressive crackdown on both sides of the border to deter migrants.”