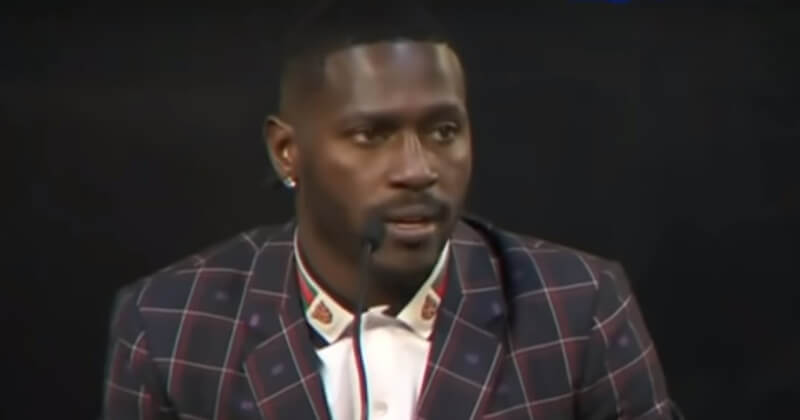 Oakland Raiders wide receiver Antonio Brown used an anti-white racial slur against his general manager and he will not be punished.

Brown and general manager Mike Mayock got into an altercation when he called Mayock a “cracker,” Fox News reported.

A Raiders source told ESPN that Brown called Mayock a “cracker” and used a slew of “cuss words” toward the general manager. Pro Football Talk also reported the word “cracker” was used.

“[Mayock] was like, ‘I’m cool, I understand your displeasure,’” the source said. “[Mayock] sort of just like … just walked away because he saw it escalate.”

Tensions between Brown and Mayock reportedly came to a head after Brown shared his apparent displeasure with Mayock for sending him a letter about the possible fines the wide receiver faces for missing a practice and a walkthrough.

Brown shared the letter Mayock sent him and wrote on his Instagram Stories: “WHEN YOUR OWN TEAM WANT TO HATE BUT THERE’S NO STOPPING ME NOW DEVIL IS A LIE. EVERYONE GOT TO PAY THIS YEAR SO WE CLEAR.”

Brown apologized with the team captains standing near him at a team meeting after the incident and all appears to be forgiven, SF Gate reported.

Should he be suspended?

“After a screaming match, Brown told Mayock that he would hit him in the face and then punted the ball… and said, Fine me for that,” NFL reporter Ian Rappaport said.

More on #Raiders WR Antonio Brown and Mike Mayock yesterday: It did not get physical, sources say. But after a screaming match, Brown told Mayock that he would hit him in the face and then punted the ball… and said, Fine me for that. 💸💸💸

“We’re ready to move on,” head coach Jon Gruden said. “He’s obviously had a lot of time to think about things.”

“I’m excited to be out here today,” Brown told reporters as he got set to practice, wanting to have the entire issue behind him.

It is nice that Brown, the general manager, the head coach and the team want to forget about the incident and play football.

But would that have been the case if the white general manager called Brown a racial slur or would he be looking for a new job?