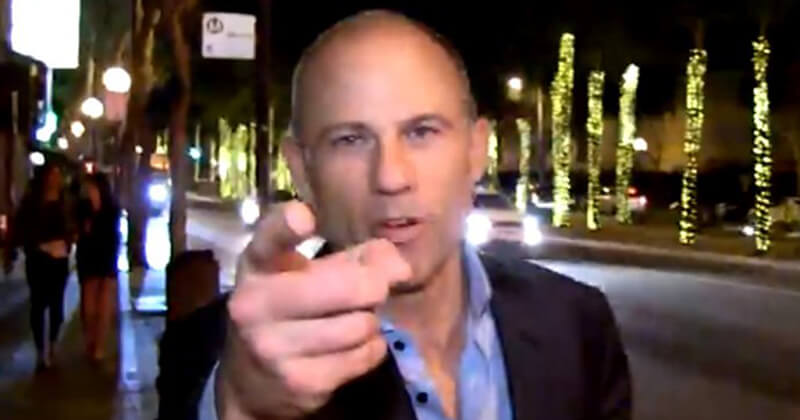 Lawyer Michael Avenatti, formerly known as the man who was going to take down President Trump was just arrested for violating the terms of his release from jail while awaiting trial, as Reuters reports:

“Celebrity lawyer Michael Avenatti was arrested on Tuesday on accusations that he violated the terms of his release from custody while awaiting trial on charges that he sought to extort millions of dollars from Nike Inc., federal prosecutors said.

Just moments ago ex-Stormy Daniels attorney Michael Avenatti was taken out of the California State Bar Court in LA the custody of federal agents. pic.twitter.com/cU8sM4DUw1

Avenatti, 48, whose trial in the Nike case is set to start next week, was taken into custody by agents from the Internal Revenue Service, said Thom Mrozek, a spokesman for the U.S. attorney’s office in Los Angeles.

Mrozek said that he could not discuss the allegations that led to Avenatti’s arrest because the documents had been sealed by a judge. An arrest warrant filed in U.S. District Court in New York does not spell out the accusations.

Earlier Tuesday, a federal judge in New York rejected a request by Avenatti to delay his trial in the Nike case after his lawyers complained that prosecutors had overwhelmed them with a “document dump” of new material.

Avenatti is accused of threatening to make public a client’s claims that Nike had made improper payments to families of college basketball recruits unless the sportswear company paid him to conduct an internal investigation for $15 million to $25 million, and pay an additional $1.5 million to the client.

Avenatti has pleaded not guilty. Nike has denied any wrongdoing.

Michael Avenatti has just been arrested so I figured I’d bring back the cringe video of Avenatti saying that all of his “sexual fantasies involve handcuffs.”

I’m glad he enjoys handcuffs since he’ll be in them a while! pic.twitter.com/VUU9Sh8NaK

The high-profile lawyer also faces an April 21 trial in Manhattan over accusations he cheated Daniels out of proceeds from a book contract, and a May 19 trial in Santa Ana, California over allegations of defrauding clients out of millions of dollars and lying to the Internal Revenue Service.

He has also pleaded not guilty to those charges.

Daniels sued Trump over a nondisclosure agreement that in the weeks before the 2016 U.S. presidential election kept her from discussing her claims that they had had an extramarital affair 10 years earlier.”

Now THAT is funny!

Good to see Avenatti get what he deserves.

Avenatti faces up to 30 years in prison if convicted on the California charges and up to 20 years in the New York indictment.”