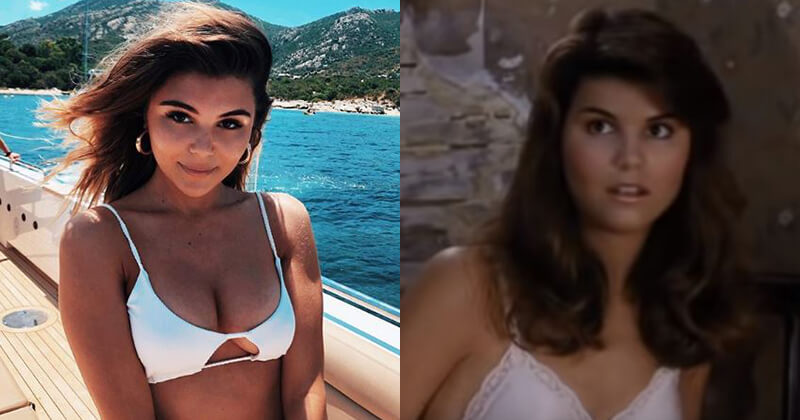 It is starting to appear that Lori Loughlin, the actress most know with the college admissions scandal, could be getting off scot free.

A federal judge is questioning the prosecutors narrative and is considering that it could be Loughlin, her husband and the other parents that are the victims, CNN reported.

“(No) other form of sanction makes plain that all Americans are equally obligated to play by the rules and must be equally accountable for breaking them,” prosecutor Andrew Lelling said.

“Home confinement would be a penological joke, conjuring images of defendants padding around impressive homes waiting for the end of curfew; probation with community service is too lenient and too easily co-opted for its ‘PR’ value; and a fine is meaningless for defendants wealthy enough to commit this crime in the first place,” he said.

Prosecutors have said the victims are the universities and testing companies, and that the amount that the parents paid in the fraud should be used as a substitute for the victims’ losses. Parents who paid more in bribes should face harsher penalties, they argue.

But the US Probation and Pretrial Services, which prepares pre-sentence investigation reports for each defendant, say that the universities and testing companies suffered no monetary harm at all. The price of the parents’ bribes is therefore not relevant to any sentences, the office argued.

Federal court Judge Indira Talwani heard arguments on this debate in federal court Tuesday. She is expected to make a decision before actress Felicity Huffman’s expected sentencing hearing on Friday.

If Talwani sides with the probation office’s arguments, the parents implicated in the case — including Huffman and actress Lori Loughlin — could face shorter possible prison sentences or even just probation.

Should she be in prison?

The news comes around a week after actress Felicity Huffman discovered that is was likely she was going to receive a slap on the wrist.

Felicity Huffman told a judge on Friday that she arranged to cheat on her daughter’s SAT exam out of a misguided belief that she was giving her daughter a “fair shot” at college acceptance.

Huffman pleaded guilty in April to paying $15,000 to consultant Rick Singer in order to boost her daughter’s SAT result, as part of a much broader federal probe into corruption in college admissions. She is due to be sentenced next Friday in Boston.

Federal prosecutors had initially sought a term of at least four months in prison. But in a submission to the court on Friday, they lowered that request to one month in custody. Huffman’s defense is asking that she be sentenced to probation and community service.

The prosecution argued in a sentencing memo that a one-month sentence is warranted because Huffman clearly knew she was committing a crime.

“Her efforts weren’t driven by need or desperation, but by a sense of entitlement, or at least moral cluelessness, facilitated by wealth and insularity,” the prosecution wrote.

“Millions of parents send their kids to college every year. All of them care as much as she does about their children’s fortunes. But they don’t buy fake SAT scores and joke about it… along the way.”

In a letter to Judge Indira Talwani, Huffman explained the reasons for her actions, saying they were motivated by her insecurity as a mother and her concern that her daughter’s learning disabilities would prevent her from attending college to study acting.

“I honestly didn’t and don’t care about my daughter going to a prestigious college,” she wrote. “I just wanted to give her a shot at being considered for a program where her acting talent would be the deciding factor.”

Huffman said Singer told her that her daughter’s scores would be too low to get into college, and suggested that she allow him to have a proctor correct the girl’s answers. She said she was initially shocked that such an arrangement existed, and thought about it for six weeks.

“I felt an urgency which built to a sense of panic that there was this huge obstacle in the way that needed to be fixed for my daughter’s sake,” she wrote.

“As warped as this sounds now, I honestly began to feel that maybe I would be a bad mother if I didn’t do what Mr. Singer was suggesting.”

“I so desperately wanted to do it right and was so deathly afraid of doing it wrong,” she said. “I was always searching for the right book or the right piece of advice that would help me help my daughters or keep me from making the mistakes that might damage their lives.”

She said she ultimately talked herself into the idea that all she was doing by cheating was giving her daughter a fair shot.

“I see the irony in that statement now because what I have done is the opposite of fair,” she wrote. “I have broken the law, deceived the educational community, betrayed my daughter, and failed my family.”

She said when her daughter found out about the cheating, she looked at Huffman with tears streaming down her face and asked, “Why didn’t you believe in me? Why didn’t you think I could do it on my own?”

“In my blind panic, I have done the exact thing that I was desperate to avoid,” she wrote. “I have compromised my daughter’s future, the wholeness of my family and my own integrity… I have deep and abiding shame over what I have done.”

The defense has asked that Huffman be allowed to serve her community service at the Teen Project and the Community Coalition, two Los Angeles non-profits that work with at-risk youth.

“If approved, Ms. Huffman would tutor young people, assist with financial aid applications, answer phone calls at the front desk, and help with the organization’s outreach efforts,” the defense wrote.