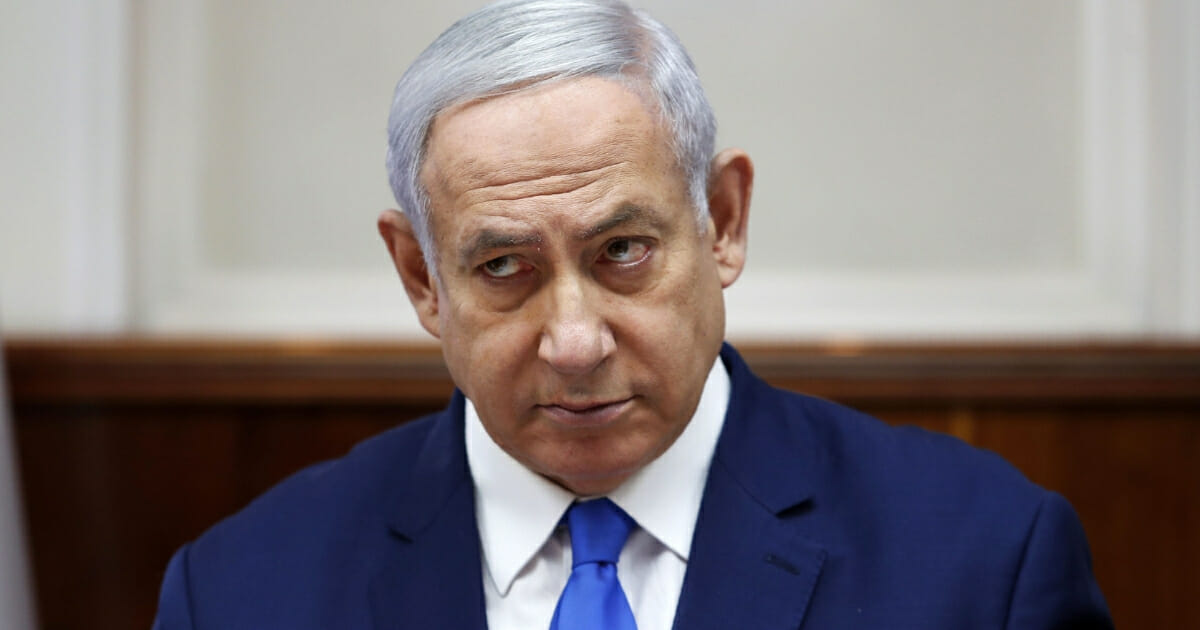 The tech giant announced that it was suspending the account’s automated chat function for 24 hours after one of its responses was deemed “hate speech,” The Associated Press reported.

According to the outlet, one of the automated chat responses sent to those who interacted with Netanyahhu’s page called on voters to prevent the Israeli legislature, the Knesset, from being overtaken by “Arabs who want to destroy us all — women, children and men.”

Netanyahu, who’s chairman of the center-right Likud National-Liberal Movement, has been prime minister since 2009. He now faces a serious ousting challenge from a number of opposition parties.

Netanyahu has responded to shifting political tides by aggressively seeking out the vote of Israeli nationalists, advocating for an even stronger national policy in regard to Palestine.

TRENDING: Mnuchin Cuts Jim Acosta Down to Size for ‘Most Ridiculous Question I’ve Ever Heard’

But his campaign’s controversial automated response went too far, Facebook claimed, and the platform was quick to enforce its “hate speech” policy by limiting the page’s outreach in the home stretch of the election cycle.

“We also found that the bot was misusing the platform in the time period allowed to contact people,” the spokesperson added. “As a result, we temporarily suspended the bot for 24 hours.”

“Should there be any additional violations, we will continue to take appropriate action.”

Do you think Facebook should be restricting free speech on its platform?

According to the AP, the Israeli prime minister took a hard line against the automated response, saying that the post was written by a staffer and promptly removed.

And this is not the first “hate speech”-related run-in the Netanyahu family has had with the Silicon Valley powerhouse in recent years.

The prime minister’s son, Yair, was temporarily banned by the site for referring to Palestinians as “those monsters” last December following the murder of two Israeli soldiers at a bus station in the contested West Bank, The Guardian reported.

Whether this week’s suspension will have an impact on Likud voter outreach, and consequently the election, remains to be seen.

But the decision does come as something of a surprise, particularly in light of claims from Facebook that recent unpopular changes to the platform were made to prevent election tampering and interference.

The results of a public opinion poll published Tuesday showed the Likud party falling behind the center-left Blue and White party, according The Times of Israel. In surprise fashion, polling also shows the right-wing, anti-Arab Otzma Yehudit party passing the electoral threshold and winning four seats in the legislature.

The Likud campaign has urged citizens against voting for the Otzma Yehudit party, however, indicating that it would likely not meet the threshold, thus losing the Israeli right wing precious votes in the contested election.

In a possible attempt to win over those voters still considering the Otzma Yehudit party a viable option, Netanyahu has come out in support of Israel annexing more land in the West Bank should the Likud party retain control next Tuesday.

“There is a unique and once-in-a-lifetime opportunity to do something with broad consensus and bring safe permanent borders to the State of Israel,” Netanyahu said this week.

“This will ensure that Judea and Samaria do not become Gaza, and that Kfar Saba, Netanya and Tel Aviv will not become like communities along the border of Gaza.”