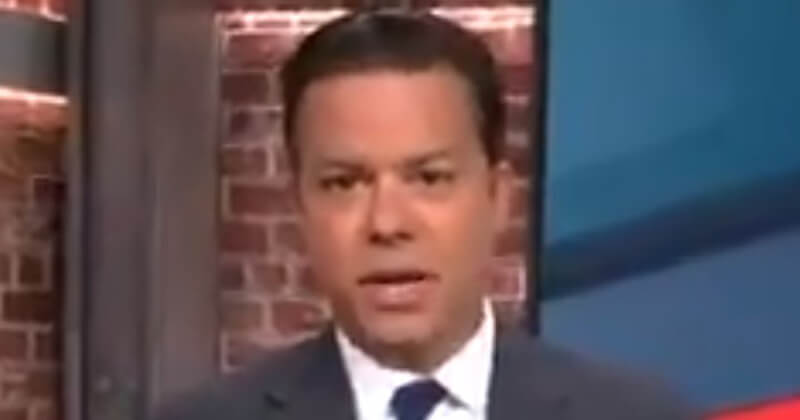 On the anniversary of the deadliest terror attack in American history, perpetrated by radical Islamic terrorists, CNN commemorated the occasion.

And the network thought the appropriate way to commemorate the date, September 11, was to talk about the dangers of terrorism.

Which makes sense until you realize that CNN decided to highlight the dangers of radical right wing terrorism which had nothing to do with 9/11.

It was part of the network’s “Reality Check” segment on Tuesday, hosted by John Avalon, and it started as a remembrance of 9/11, but that is not how it stayed.

“It’s been 18 years since 9/11. So children born on that day are now old enough to serve and fight in America’s longest war. In New York City, there are 13 members of the next graduating class from the fire academy who lost their fathers in the destruction of the World Trade Center,” he said.

“But for many Americans, there is an absence of memory about 9/11. But for others it persists because of the memory of absence.

“Even this year we’ve seen first responders have to fight for health benefits they were promised by politicians who swore they would never forget. Aided by a comedian who’s just trying to give back a fraction of what they sacrificed for us.

“And we’ve seen a president from New York float the truly awful idea of hosting the Taliban at Camp David for withdrawal talks within days of the 9/11 anniversary.

“9/11 amnesia is naive in the extreme because terrorism is always one bad day away from being the number one issue in America.

“But we’ve been able to forget not simply because of the passage of time but because of the success of law enforcement and intelligent services who have stopped so many would-be attacks that they’ve become background noise.

“In the past year alone, we’ve seen the conviction of a Bronx resident scoping out targets for Hezbollah, two Chicago men and a women woman for trying to support ISIS, a former U.S. soldier from California charged with trying to set off a bomb at Long Beach, while a Pittsburgh resident was charged with planning an attack on a church in the name of ISIS.

“Now, these are just some of the foiled jihadist plots that we know about. But in the past year we’ve also been forced to confront a growing threat from another form of violent extremism, white nationalist terrorism.

“We’ve seen the deadliest attack targeting Latinos in recent U.S. history at a Walmart in El Paso. We’ve seen an attack on a synagogue near San Diego which followed the Tree of Life attack in Pittsburgh, the largest massacre of Jewish Americans in our history.

“And that’s not including the would-be attacks we’ve seen thwarted by law enforcement, like the arrest of an Ohio man who police say threatened a Jewish community center, and the arrest of a Coast Guard officer with a massive weapons cache, accused of plotting to kill Democrats and journalists.

“Here’s a startling statistic. Since 9/11, right wing terrorists have killed more people in the United States than jihadist terrorists.

“That’s according to ‘New America.’ There are some folks for who their — for their own political purposes would like to keep the focus on only one form of political violence over another, but that would be unwise because we don’t have the luxury of choosing what threats we face.

“And there’s a case to be made that these threats actually echo each other. As our colleague Jim Sciutto and others have argued. They’re weaponized versions of tribalism, motivated by fear and finding identity in their hatred of the other. As Max Fisher of ‘The Times’ wrote, in both there’s the apocalyptic ideology that predicts and promises to hasten a civilizational conflict that will consume the world.

“To mark the 18th anniversary of 9/11 is to reflect on how we’re all the children of 9/11. That attack unleashed destructive forces that we’re still wrestling with. But to truly learn the lessons of 9/11 is to resolve not to let hate win, or fear define us.”