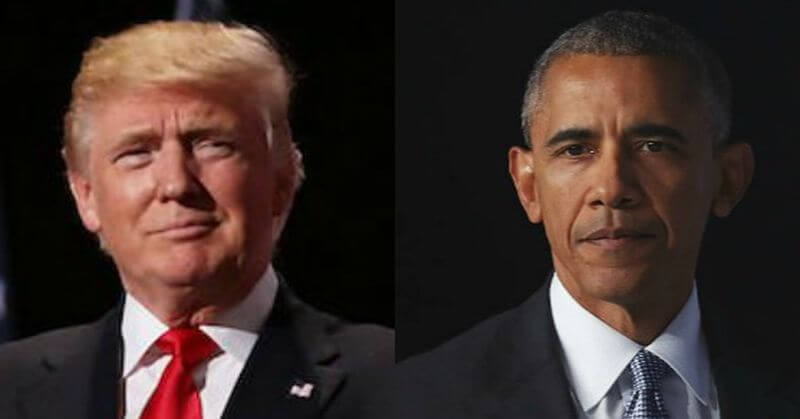 The Environmental Protection Agency on Thursday is expected to announce the repeal of a 2015 Obama administration regulation that expanded protections of waterways such as wetlands but that farmers, miners and manufacturers decried as overreach.

EPA Administrator Andrew Wheeler will make the announcement on Thursday morning, with representatives of the National Association of Manufacturers standing alongside.

Wheeler told the Washington Post in an interview published on Thursday that the repeal will give bring more clarity to companies who face a “patchwork” of different definitions of what waterways are regulated under the Clean Water Act.

The Environmental Protection Agency is expected to announce plans to change the definition of which waters in the US are protected under the Clean Water Act https://t.co/VlvBeT8g4D

President Barack Obama’s 2015 Waters of the United States rule defined which streams and wetlands are protected by the 1972 Clean Water Act from pollutants including pesticides, fertilizers and mine waste.

Earthjustice and other environmental groups on Thursday warned that the Trump administration repeal will have major impacts on the drinking water of 117 million Americans, as well as weaken safeguards for streams and wetlands that help reduce flooding and filter out pollution.

Our redefinition of the Waters of the US proposal would replace the Obama 2015 definition w/ one that respects the limits of the Clean Water Act & provides states & landowners certainty so they can manage their natural resources & grow local economies. https://t.co/9trtcrqH0D pic.twitter.com/RTWqxRredM

Was this the right decision by President Trump?

“President Trump’s administration wants to turn back the clock to the days of poisoned flammable water. This is shameful and dangerous,” said Abigail Dillen, Earthjustice president.

Democrats and the media are furious:

SCOOP: Today U.S. water pollution rules for wetlands and streams return to those set in 1986, the year “Pretty in Pink” and “Ferris Bueller’s Day Off” came out. That’s because @EPA is finalizing its repeal of the 2015 Clean Water Rule. W/ @brady_dennis https://t.co/Gn9UGlMZ9Q

Wow, EPA/Wheeler’s on a roll this week. First calling for an end to mammalian animal testing at EPA, now a repeal of what constitutes “waters of the US” under Safe Drinking Water Act. https://t.co/oYz7JZR5XP

COS Mick Mulvaney, told Wilbur Ross to have NOAA publicly disavow the forecasters’ position that Alabama was not at risk. pic.twitter.com/R3iZycfe0E

Of course the more upset the Democrats and the media are the more you know this was the right thing for President Trump to do.

What do you think? Was repealing Obama’s 2015 Waters of the USA rule the right thing to do?

Sound off and take the poll or let us know your thoughts in the comment section below.